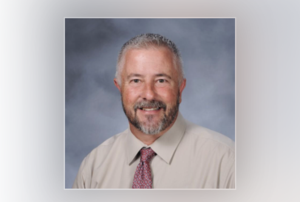 Mr. Drew Scherrer has been a familiar face in the Beaumont Unified School District since 2006.


Now entering his 26th year in education, Scherrer has been a familiar face in the District since 2006, when he became assistant principal at Beaumont High School. After holding that position for six years, he became principal at San Gorgonio Middle School, where he served for 10 years. Prior to his time in Beaumont Unified, Scherrer taught in the Jurupa Unified School District and was a middle school assistant principal in the Fontana Unified School District.


“We are excited to welcome Mr. Scherrer back to Beaumont High School as our next principal,” said Mays Kakish, Superintendent. “He has been such a fixture in our District for so many years, and he has proven himself to be a tireless leader and strong advocate for our students. We are very much looking forward to seeing the positive impact he will have on our Beaumont High School community, just like his outstanding work at San Gorgonio Middle School.”


After earning a Bachelor of Arts in Mathematics from California State University, San Bernardino, Scherrer received a Master of Arts in Education from Chapman University.


One highlight of his time at San Gorgonio Middle School was the school’s recognition in 2016 as a Model Middle School by the California Middle Grades Alliance. He said he looks forward to seeking opportunities for Beaumont High School to continue to grow and thrive.


“I am honored to be returning to Beaumont High School,” said Scherrer. “My number one goal as principal is for our high school to be the school everyone in our community is proud of, where we honor Beaumont Cougar traditions while paving the way for the future. I look forward to working with staff, students, and families to create a safe and secure environment where students thrive and everyone treats each other with dignity and respect. BHS will be a place where students build the skills they need for future success.”